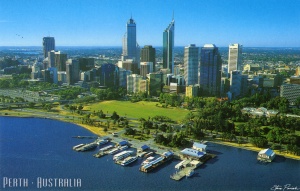 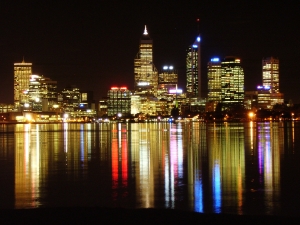 After the end of apartheid, the violence and racism against the afrikaners increased, to avoid that situation of opression thousands of bóer-afrikaners leave South Africa seeking for more safe and prosperous places. One of that places is in West Austrália – Perth

Perth is the capital and major city of western Austrália. With 1,87 Million People, Perth one of the biggest cities in australia and one of the most isolated metropolis in the world(The nearest city wih more than 1 million residents is Adelaide 2104 away of perth)

Perth was founded in 1829 by captain James Stirling, it was built 20km distance from sea. In 1856, Queen Victoria granted the status of city to Perth. Perth began to develop a high level starting 1917 after the discovery of gold mines in West Australia and completion of railway communication routes.

Although isolated, Perth is economically important to Australia, has a very active port will export for gold, nickel, iron and aluminum. Most people are employed in the tertiary sector. Another part of the labor force is concentrated in agricuture and resources industry.

In the 80s began arriving white Zimbabweans due to rising power of ZANU-PF and Robert Mugabe and the consequent increase in violence against whites. In 90 years, also due also to increased violence against the white minority in South Africa so many came to Perth mostly Afrikaners. More than half of the South African Australians arrived following the election of Nelson Mandela in 1994.

Today, there are near 19 000 south africans residents in Perth, mostly afrikaners.

Afrikaans is 2nd lmost spoken language in North Perth. Many cal to this city Perthfontein in reference tot he amount of cities in South Africa which end in fontein(ex: Bloemfontein, Kleinfontein etc)

According to a study by the Commonwealth, 70.1 per cent of the South Africa-born(Afrikaner community probably will not be far from it as it represents a good portion of South Africans living in Australia) aged 15 years and over had some form of higher non-school qualifications compared to 55.9 per cent of the Australian population.
Of the 92 511 South Africa-born who were employed, 63 per cent were employed in either a skilled managerial, professional or trade occupation.

The reasons for Perth being one of the top destinations is related to the slightly warmer climate compared to other large Australian cities, vast amount of area and space and closeness to Africa.

According to Challenger Institute of Technology lecturer Johan Dreyer who settled permantly in Perth: ”Many [South Africans] choose Perth because they want a place as similar to South Africa as possible, a place that would feel familiar without the constraints of race being a constant factor for the socio-economic standard and political order”

Business analyst Claire May another South africa and afrikaner emigrant refers to Perth as ”home” and says:
“It’s just like South Africa except without all the negative elements.”
Claire May also notes that have no intention to go back to South Africa aside from the ocasional visit. 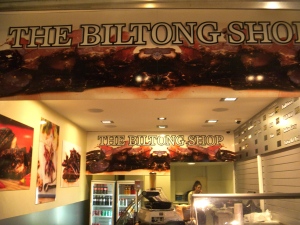 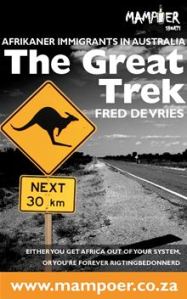