Grootfontein – A city founded by Boers in Namibia 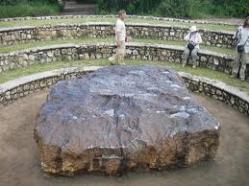 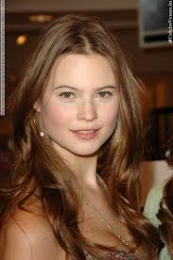 Grootfontein is a small size city in the North Interior region of Namibia, Otjozondjupa Region. The city had in the 2011 census 23973 inhabitants. The city was founded in 1885 by 40 Boer families that came from the North West of what is today South Africa.  They were part of the Dorsland trekkers that were going towards Angola but reverse the path when the territory fell under Portuguese control whit that 40 families establishing the settlement of Grootfontein in what is today Namibia. With the establishment of the Deutsch Süd West Afrika, German South West Africa, Grootfontein became the headquarters of the SWA Company in 1893.

The city is known for is rich soil both in mineral recourses and also for agriculture and live-stock production. The soil around Grootfontein is fertile and the long, hot and humid summers combined with short, moderate and very dry winters allows the practice of different types of agriculture productions with the biggest being maize, peanuts, cotton, sunflower and sorghum. The most important animal productions are cattle’s, sheep’s and goats and it is place for the biggest annual farm fair of Namibia attracting farmers from all over the country and even from other countries as South Africa. Many of those farmers are Boere-Afrikaners both from Namibia and South Africa.

To the north-west of Grootfontein is the Etosha Park the most important wildlife park in Namibia where there are numerous examples of the well-known African wildlife as elephants, lions, zebras, crocodiles, leopards or elands.

In Kleinfontein and the surrounding area the tourists are able to visit a considerable number of attractions. The Hoba meteorite is one of the most famous being located 19km from Kleinfontein in the Hoba farm where it was discovered in 1920. It’s the world’s largest meteorite and weights around 60 tonnes. Another tourist attraction is the Das Alte Fort Museum, German for the old fort museum, created in 1975 in an old fort built in 1896 by German Schutztruppe.

The services are well developed for a medium city like Kleinfontein. In terms of health the town has two hospitals and in terms of education the town has six primary schools and two secondary schools. The town is considered to be the gateway to the northeast part of Namibia and other countries of the South of Africa as Botswana, Zambia, Angola and Zimbabwe. There are also a railway line and an airport. There are a police station to maintain law and order. Also a relatively large component of the Namibia defense force is stationed at Grootfontein.

Famous Boer-Afrikaners that have born in Kleinfontein are Leon Jooste, SWAPO politician and businessman and Behati Prinsloo a model.

Grootfontein is a interesting town that was founded by Boer-Afrikaners and where still a numerous group of them live there and it is an interesting place to visit.