At the Economic Freedom Fighters’ elective conference in Bloemfontein on Tuesday, Malema called for his supporters to invade unoccupied land.

“I come from Seshego. If there is unoccupied land, we will go and occupy the land with my branch. You must go and do the same in the branch where you come from.”

The lobby group said the charge was based on the Prevention of Illegal Eviction from and Unlawful Occupation of Land Act.

In terms of the act it was illegal to occupy land without the consent of the owner or person in charge of the land, AfriForum said.”

Julius Malema is again on the news. This time the leader of EFF party told to their supporters to invade unoccupied land. Coming from Malema this is not a surprise.  His hate-speech have crossed the line many times to date. Malema is the man that has advised is supporters indirectly to kill Boer-Afrikaners using expresions as ‘One Bullet, One Settler’ or ‘Honeymoon is over to whites in South Africa’. He is a left-wing extremist that will only be happy when whites have disappear from South Africa and Sub-Saharan Africa.  In this occasion it is not a hate-speech but a radical and illegal speech. As Afriforum pointed out based on the Prevention of Illegal Eviction from and Unlawful Occupation of Land Act it is illegal to occupy a certain private property without the consent of the owner of that property. So Malema is encouraging people to do a crime which obviously wrong for a politician or any citizen. We know that in South Africa there are one of the world’s largest inequality of wealth distribution, 65 in the 2011 World’s Bank Gini coefficient,  with a few rich owning large properties and many poor without any land at all and fighting to survive.  However it is not with an invasion of unoccupied land that the problem solves. The solution is give to all the people the means to get it’s own property, like better education to achieve a bigger income, or a distribution of land without owner. It is true that in respect to land exists a great unbalance, with whites, a minority, owning the majority of land. However this land was acquired and worked with a great effort and suet. It was not stolen by colonialist whites as Malema or the ANC say. Boer-Afrikaners have never done any genocide unlike it was done to them. Also, what the ANC and the EFF don’t say is the large increase in white poverty. These people also don’t have land and sometimes even starve to eat and live but of course for the ANC or the EFF, these people simply doesn’t exist. Sometimes, they only survive because of the help given by Boers that given them food and allow there caravans to stay in their property.

We again praise the Afriforum for their good work in protecting the Boer-Afrikaners from physical, physiological or political attacks coming from Black racists, spreading the word about the White Genocide in South Africa and the hate and illegal speech of people as Julius Malema. We hope Afriforum and other Boer-Afrikaner organizations to keep the good work and grow in size attracting more and more Boer-Afrikaners and even non-Boer-Afrikaners that feel touched by their struggle.

We, Afrikaner Way wish you all a Merry Christmas. 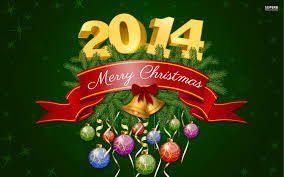