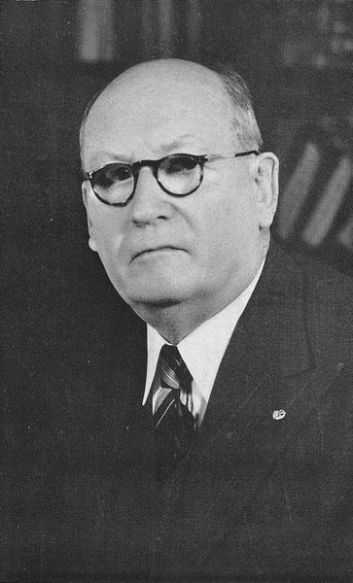 Daniel François Malan was born in Riebeek Wes in 1874. He died in Stellenbosch in 1959. He entered in the Stellenboch seminary to study to become a minister of the Dutch Reformed Church. He obtained a M.A in philosophy in the Victoria College. He then when to study to Utrecht in the Nederlands. When he returned to South Africa he became a minister of the Dutch Reformed Church. He was one of the greatest defensives of the Afrikaans language to be established as an official language separated of the Dutch which was at that time the written language of the Afrikaners and was a founding member of the Afrikaanse Taal en Kultuur Vereniging, AKTV a organization to promote the Afrikaner culture in all it’s aspects including the language, Afrikaans that at the time were trying to be the a separated language of Dutch something that was achieved in 1925. Since 1915 he started his involvement with the National Party. In the same year was founded a new journal for the Afrikaners in the Wes Kaap region, De Burger meaning (the citizen in English), which was a later renamed Die Burger in Afrikaans. They convinced Malan to be the editor because the Afrikaner nationalists of the Cape were worried with the situation of the people after the Maritz Rebellion in 1914 in which some Boere-Afrikaners fought in the German side. The Cape branch of the Cape was created in 1915 and Malan was elected is leader with a seat in the parliament. Malan was much involved in the objective of trying to official the Afrikaans language in the Constitution and also the creation of the South African Flag. When the National Party first went to the government in 1924, Malan was Ministry of Interior, Education and Public Health which he held until 1933. In the Second World War, Malan and his National Party opposed to the South Africa’s participation in that War as much of the Afrikaner population, because of the anti-british feelings that some population still held. That discontentment with the United Party led by Jan Smuts that had put South African in the World War II is perhaps the main factor that explains the rise to the power of the National Party in 1948 with Daniel François Malan becoming the new president of South Africa. That election marked the begin of the racial segregation regime in South Africa known as Apartheid. However is important to say that since the times of the Cape Colony that racial segregation exist in South Africa, Malan only aprofundated that racial segregation.

This text of DF Malan shows the reason why he and the national party decided to created Apartheid system:

‘The policy of racial segregation is based on Christian principles of what is fair and reasonable. Its goal is the maintenance and protection of the European population of the country as a pure white race and the maintenance and protection of racial groups as indigenous communities in their own separate areas (…) Or follow the course of equality, which in the end will mean the suicide of the white race, or take the course of segregation’ end of citation

Here we could see that Malan strongly believed that the Apartheid follow the Christian principles and had also the objective of protecting the existence of the white race in South Africa because as the white race was smaller than the black race and had smaller birth rates if anything was done the white race will soon be a small minority or could even disappear. However that is not reason to create a regime that segregated people, with a big discrepancy in the income especially between whites and blacks, and give people rights an area regarding race which is of course racism and so in the social extent Apartheid failed and was an out of order regime if we consider the international laws of the human races. However was able to develop the South African economy and his infrastructures but of course the racial segregation had a decisive negative mark is this regime. Is also important to say that the Apartheid was influenced by the ideas of the Broederbond a nationalist Afrikaner organization that also wanted the racial segregation of the country with the power being in whites hands.